In addition to the stated parameter of the sounds,  [dynamic] position of these sources can be punctual or can be spread on a virtual volume on space, which gives a perception of texture or volume to them.  To accomplish this, the instantaneous position of each source can be rendered in a sequence of different locations within a given value (volume), constrained by an arbitrary input or, once again, mapped data, so that it (the virtual volume) can be filled with grains of sound, that will occur once every t milliseconds. This means that on a period of time T seconds, T/t sound events will happen within the restricted coordinates values (the volume V), and the density can be

And from this expression the term Spatial Audio Density is proposed, which describes the density of sound events within the controlled volume. This Sonification can be used to display data sets containing density information and serve as an aid to its comprehension or interpretation.

When working with the patch designed to create this Spatial Audio Density, called Volume Maker, a 3D cube is created on the virtual sonic space, and it can be moved through this space, and following the structure of the model, its coordinates can also be mapped from Data Streamers, as well as its volume and density values.

An algorithm is created to define the volume boundaries, by specifying a value for the value and then calculating the values of the length of its edges, these being on the X, Y and Z-axis. Then, every t milliseconds, the position of the sound will change randomly within this coordinates restrictions. So effectively, the output of this sub patch is just a list of the three coordinates changing with a rate and a range that affect the volume and density of their occurrence. 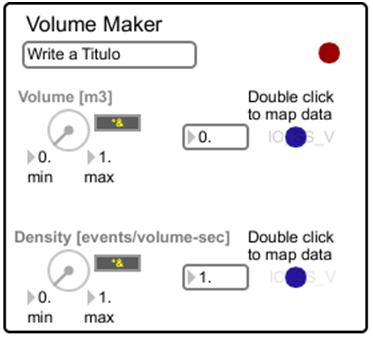 Figure 16. Pictured here is the Volume maker, which generates a virtual volume, by controlling its magnitude and the density of sound events within it. These can also be mapped from complex data sets.

This concept is similar to the one discussed on (Saue, 2000), by Saue, where Temporal density and metric regularity are addressed, the first referring to the change of sound events, not necessarily on a space position rendering, and the frequency with which they happen, meaning a density of happenings on a given period of time. The later, related to the former, describing the pattern followed by these sonic events, with possible rhythmic and appearance.