As a commission for FACT (Foundation for Art and Creative Technology) in Liverpool, I got to play with and hack the Noisy Table installed there. 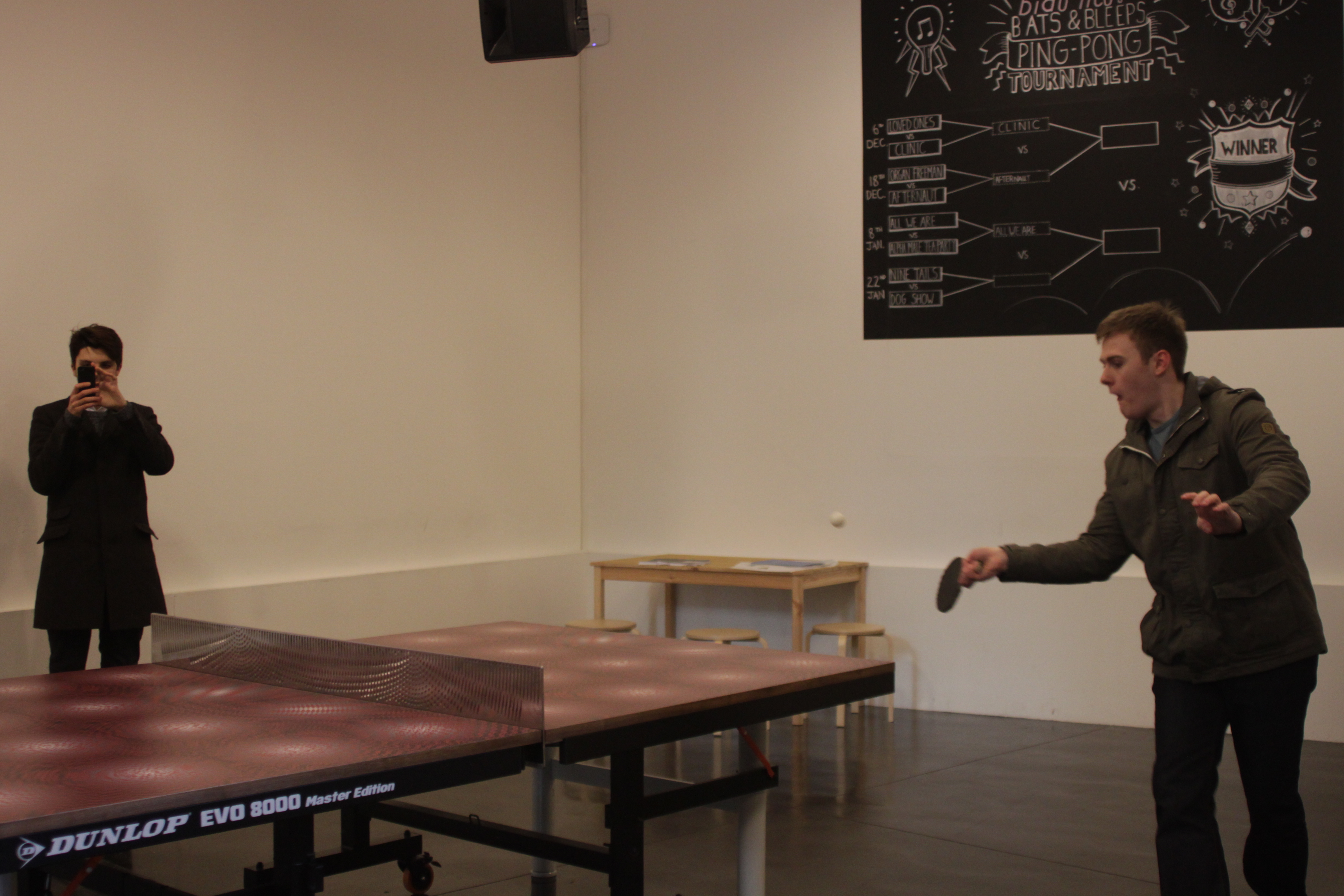 Noisy Table is a creation by artist Will Nash. It takes a table tennis table and turns it into a music/sonic instrument, by capturing the vibration the ball produces on it.

With a set of sensors, the table uses Arduino to send MIDI notes to a Pure Data patch (among other synthesis software). This patch creates sound from the MIDI input. The result is an immersive experience in which the players have sonic feedback for their sportive accomplishments!

Now, since all is coming out of the Table is MIDI data you are able to take it and do whatever processing to create visuals for a LED screen on the façade of the FACT. Such screen is a large 50×50 LED matrix that lights up at night. 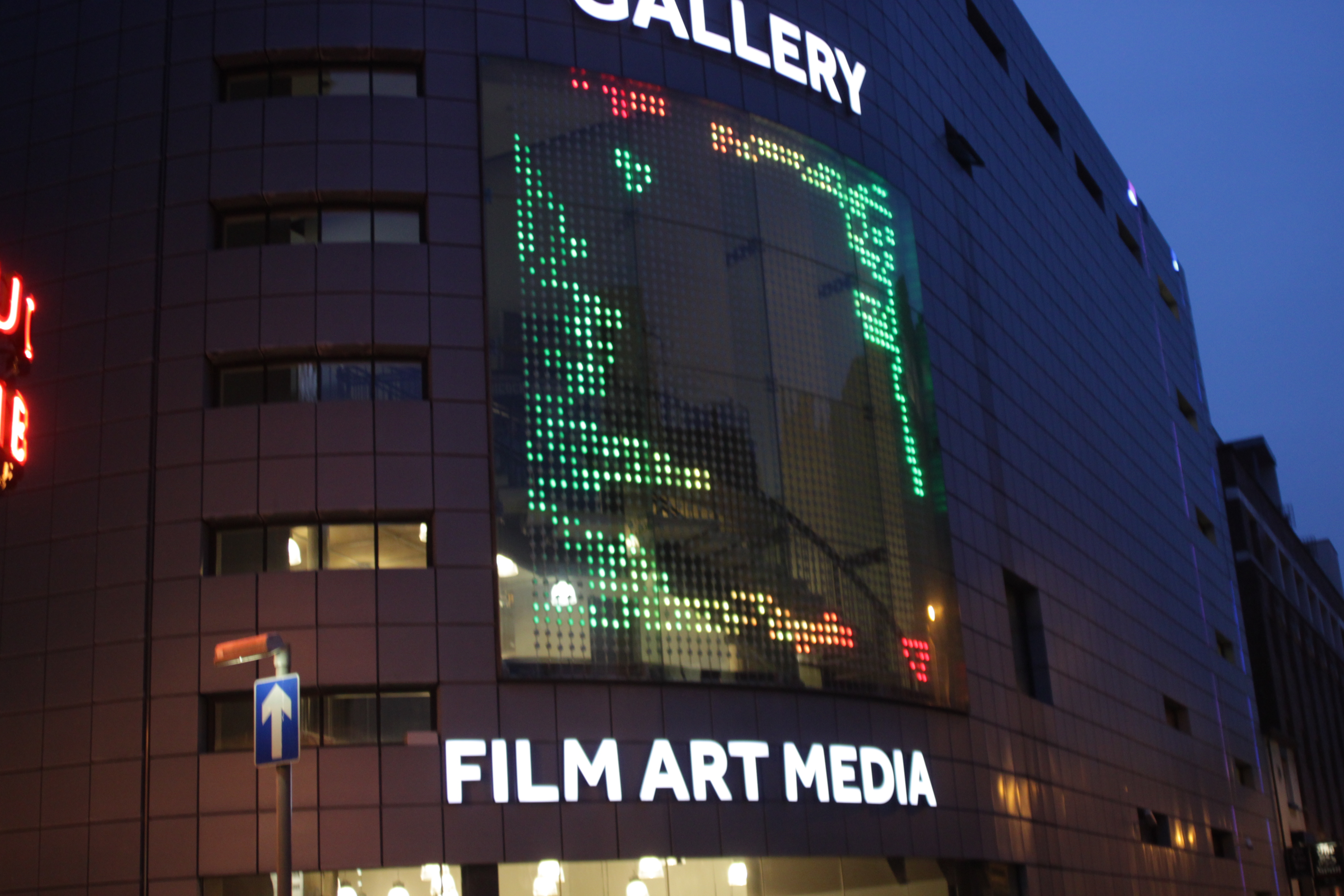 By using Max/MSP, and using the sound coming from PD one can readily perform a Fourier description of the input signal. Then, by doing a series of scaling, a spectrogram can be shaped exactly to fit the screen’s dimensions on the façade,  and on the monitor of the computer that processes all this.

Also, the MIDI notes coming in describe (because of their pitch and channel) the position where the ball impacted. This works out to draw a ball or circle on either of the visualizations. 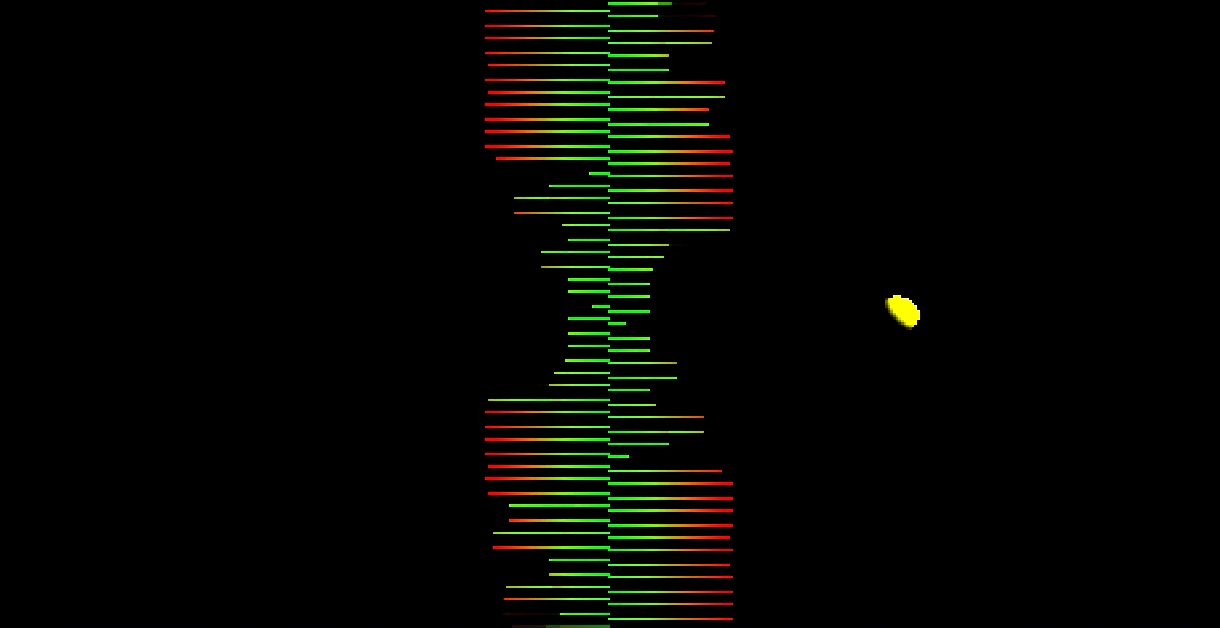 Finally, some scrolling text was rendered to be displayed on the front of the building only, as well as a visual animation of Conway’s Game of Life algorithm (already configured inside of Max, hence easy to modify!). These two screens start whenever nobody is playing with the table, a sort of standby mode.

In fact the visualization of the LEDs comes from a small screen of 50×50 pixels. All this imagery is all squeezed in this matrix, then send to the façade with a marvellous piece of code by Chris Nolan, from FACT, the screengrabber (!!).

Here some pictures and should get a video actually… 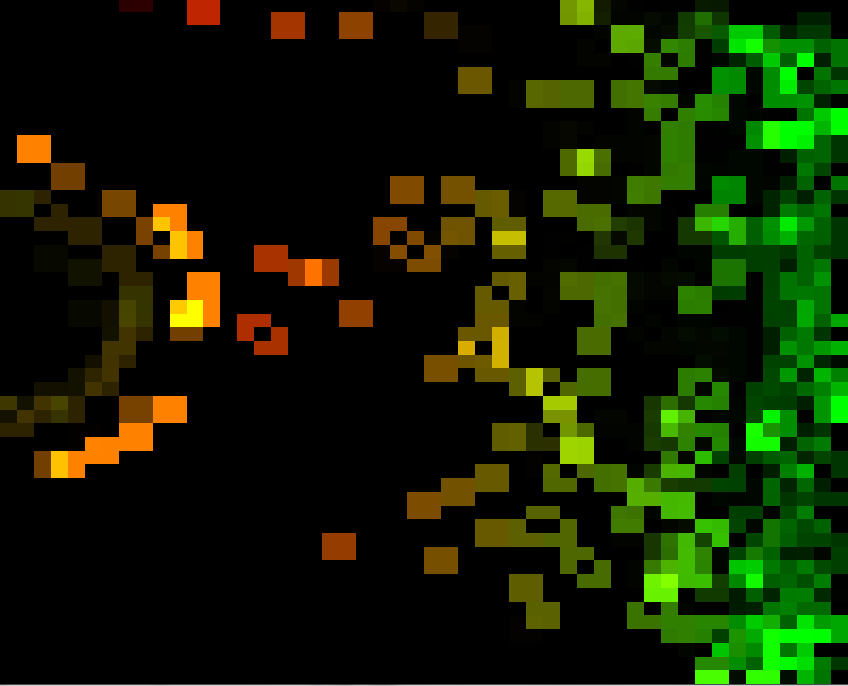 This type of open projects is a modality I had not experienced, quite nice to hack, exchange, interconnect, destroy and create work!!! 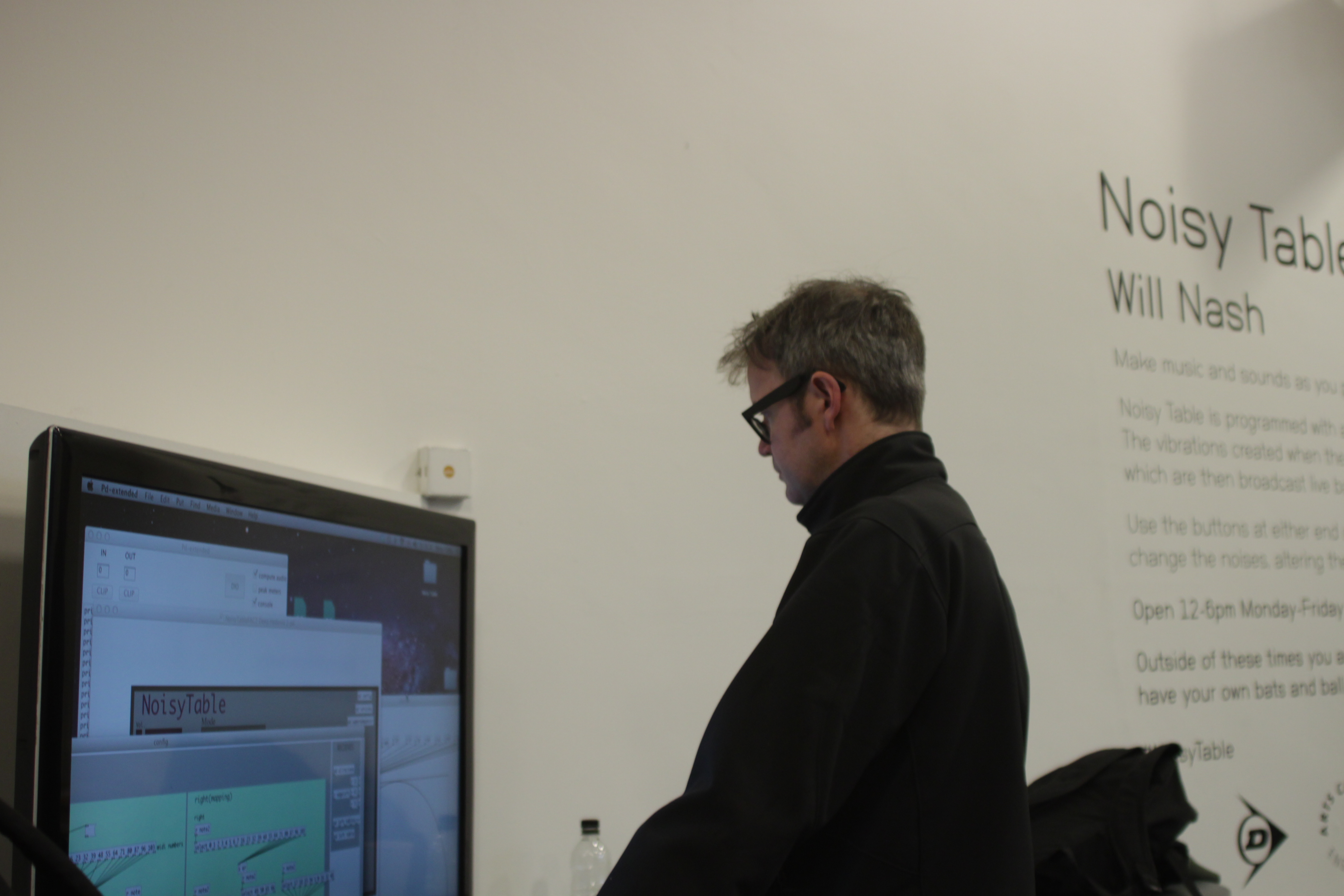 1 thought on “LED control at FACT”